The designated wrestling room, in combination with the new Power House Strength and Conditioning Facility, and an experienced coaching staff give wrestling athletes the resources needed to perform at their highest level. In 2019, CCS had 5 wrestlers qualify for top 8 individual in the their weight class for the TSSAA State Meet. Athletes compete at the varsity and junior varsity level in High School and Middle School. CCS also offers Lower School wrestling for grades K-5. 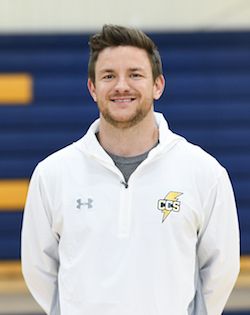 Coach Craft has been the Head Coach for the CCS wrestling team for a decade. Craft was a State Champion, 2-time Finalist, and 3-time place finisher in the TSSAA State Wrestling Tournament during his career at East Ridge High School. He then went on to wrestle for the University of Tennessee at Chattanooga under both Terry Brands and Mark Leen.

Coach Craft teaches Strength & Conditioning as well as Wellness. Josh and his wife, Stephanie, have 2 daughters, Savannah and Leighton. They live in Ringgold, GA and attend Calvary Chapel Chattanooga.