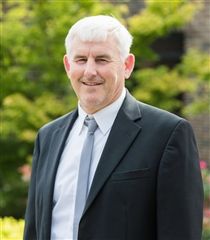 Stephen Ibach earned his BS in Math Education from UTC and began his CCS career as a high school math teacher in 1993. After several years in that position, he began meeting the growing needs in the areas of technology and network administration and now serves as the Chief Technology Officer. He and his wife, Willa, have five children: Ethan (CCS Class of ‘13), Samuel (CCS Class of ‘15), Sydney (CCS Class of ‘17), Joseph (Ridgeland Class of ‘19), and Noah (12th grade at CCS). The Ibachs live in Flintstone and are members of Chattanooga Valley Presbyterian Church.
Back